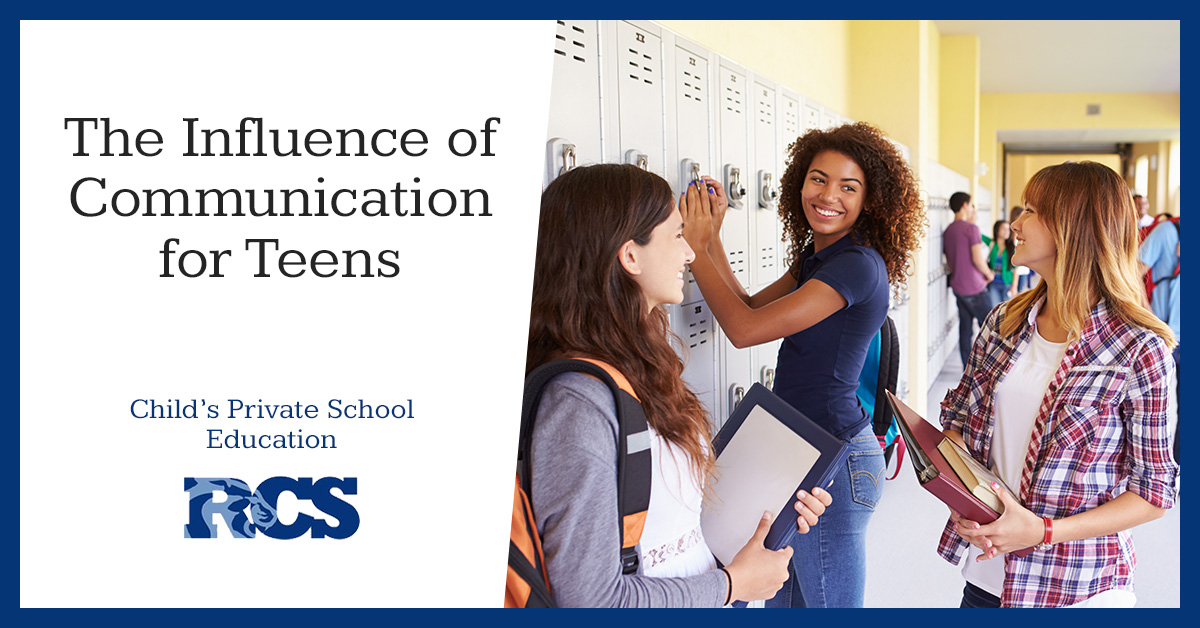 The Influence of Communication for Teens

We know that sometimes it certainly seems easier to just not talk to your teens. They’re combative and nearly always on edge and all those hormones racing through their blood make them into a person that’s not really them. Of course, you want your teenager to be able to talk to when they need you, as you’re their guardian, but establishing that dynamic isn’t always easy. Especially when they’re under layers of stress from feeling unmoored in a world that seems new and unfamiliar every day. Of course, that is an extreme and your teen is hardly a volatile little bottle of poisonous words, hormones and unchecked expectations for the world, they are tumultuous. Understanding how to not let that phase you is part of being a good parent and modeling how to be a good adult to them.

Staying Accessible Is Staying in Their Life

When your teen goes out in the world, you don’t know what they’re doing. You have some idea, certainly, but you don’t know how their studies are going in the sense that you don’t know if they’re actually learning or if they’re developing passions for any of the subjects. You know they’re at school and their extracurriculars, but you don’t know if they’re getting anything out of it unless they’re talking to you. In the worst scenario, not knowing how your child is doing in school and if they’re finding passions in their academics and social activities could put you at a disadvantage when your teen starts displaying any sort of unhappiness or when they need help because you don’t know anything about their life. The key to fostering a relationship like this is avoiding criticism. If your child wants to talk to you about something that happened that day they might have messed up, the answer is not to respond with critique. They won’t see it as you helping them, they’ll see it as you not approving of them and shutting them down immediately.

If you have any experience in the workplace, you know that communication is of the utmost importance. Since they are your child, they seek your approval in a way you’ve never sought the approval of your co-workers which makes this communication so much more important. They need a sounding board for everything they’re thinking, feeling, experiencing, wanting and not wanting in their life. At times, they just need to feel like they’re not talking to themselves. In fact, there is some evidence that supports the idea that when teens talk to their parents they develop the skills to speak up for themselves. They become less afraid of presenting their own actual opinions and ideas and more functional adults because of it. People who can communicate well with anyone they come across are noticeably more successful than the people who feel stunted by what others will think of their opinions and how they feel about things. This is a skill that will help your child benefit throughout their life in their social and professional lives.

If your child does not develop these skills, they’ll start to develop a form of communicating that is actually the opposite of verbal communication. They’ll expect people to be able to guess at their emotional state and they will become awkward in social situations, prone to shyness and social invisibility which promotes general isolation in life. This is a hardly a healthy way to communicate. The best way to teach a teenager is to lead by example and talk about how there are benefits to speaking up for yourself. Teenagers are inherently filled with a desire to go against the status quo, so if you tell them to speak up more, they’ll view that as criticism, but if you admire the trait in something like a fictional character that you both like, they might associate that as a role model’s trait and try to emulate it. Try casually pointing out a few of these benefits of speaking out in your everyday lives.

Give Your Child the Right Background

Enrolling your child in private schooling equips them with the eloquence they need to feel comfortable articulating their thoughts openly and tactfully. With experience communicating in class with their peers in an educated and civil way, they’ll be able to learn about communication with you, the parent, as well as with other people in their life. Teach your child the meaning of a classical education. Enroll them in the best private school in Loveland today.