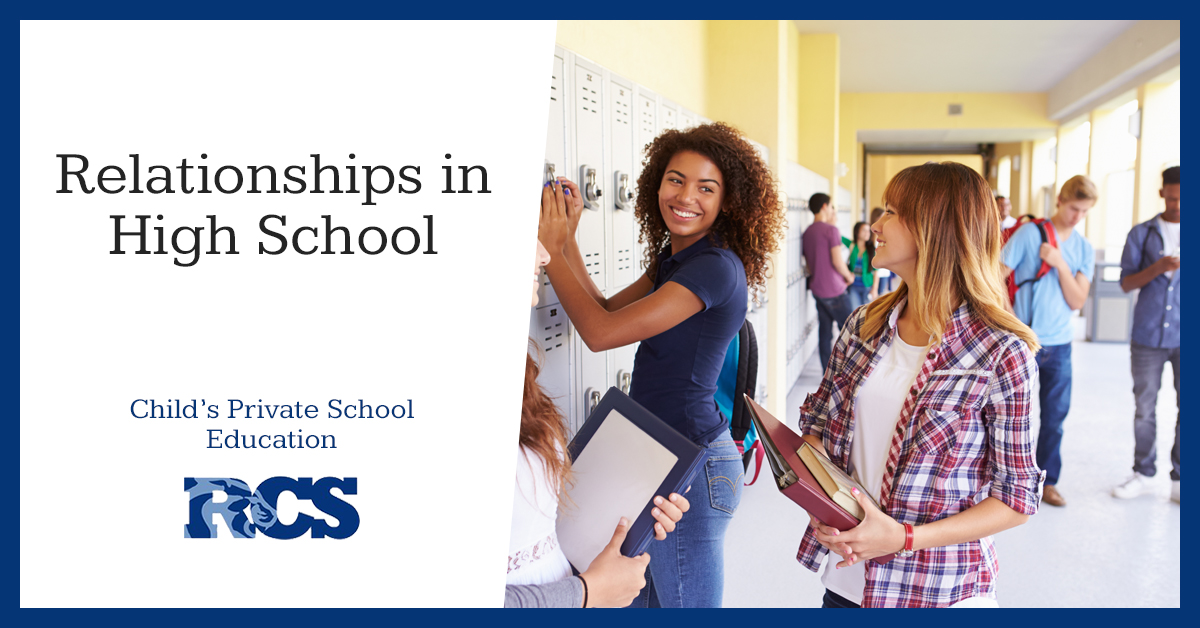 Dating is one of the toughest things to navigate in high school. You can feel like an outsider if you’re not in a relationship, you might feel like things are getting too serious too fast, or you might not want to date and feel like there’s something wrong with you.

Our private school is here to tell you that all of these thoughts and feelings are completely normal. See how to work your way through the world of dating in our blog, and parents, check out our admissions page to help your child apply for Resurrection Christian School.

“Everyone is dating except for me…”

First of all, not true! It can feel like that if all your friends are beginning to date, or when you feel kind of awkward and alone at the high school dance (trust us — we’ve all been there). But you’re certainly not the only one who’s single. Even if you were, that’s honestly a good thing.

In high school, you want to have those romantic experiences with others and you don’t want to feel left out. Your parents aren’t wrong when they say “it will happen,” because it truly will. Adults who dated in high school sometimes end up wishing they would have waited. Adults who were single all throughout high school usually have zero regrets. Dating in high school isn’t necessarily bad, but it just goes to show that high school is temporary, and you have your whole life ahead of you to get involved with someone else.

“I don’t want to be inexperienced at dating…”

More specifically, most high schoolers are worried that they’re not going to be good at kissing or other physical stuff. There is so much to say on this topic, it could practically be its own blog. But to start, we’ll say that this feeling is normal. You are not alone for feeling this way, and honestly, it would be kind of strange if at 16, 17, or even 18 you knew exactly what you were doing.

Dating is about getting to know someone, sharing in intimacy, and building and strengthening a connection. The physical side of relationships are important, but they should absolutely come second to the partnership that you are forming. At least, that’s true if you’re wanting to have a lasting relationship.

The point is that everyone is inexperienced at dating at some point in their lives, and when they begin dating a new person, they’ll be inexperienced at dating that person as well. All you can do is listen, learn, reflect, and try your best. And for an additional piece of advice, if you are able to have lasting friendships, through the good and the bad, you’re getting great experience for having a relationship.

As we mentioned earlier, dating is about getting to know someone and strengthening a connection with them. It’s also about recognizing when something’s not right, and having the courage to acknowledge that being single is far better than being in the wrong relationship.

Far too many people stay in relationships because they’re afraid to be single. Our private school cannot emphasize this point enough: if you’re in a relationship solely because you don’t want to be alone, you are not ready for a relationship, and you probably should spend some time on your own.

Think about it this way — would you rather be with someone who’s not right for you, or wait for someone who is? People talk about “dating to marry” and while that sentiment is admirable and there’s a lot of truth to it, you shouldn’t force something, especially not for the wrong reasons.

Dating is all about learning more about yourself and what qualities in another person are important to you. It’s a process and a learning experience, and breakups happen to nearly every person on the planet. Very few people look back at their breakup and wish it had never occurred — nearly everyone ends up thankful that it happened, because it happened for good reason.

Not wanting to date people? There’s nothing wrong with that either, regardless of what other people might tell you. Maybe you want to focus on school and your friends, maybe you’re not interested in anyone at your school, maybe you have no desire to date whatsoever. All of that is completely fine.

If you met someone who didn’t like mac ‘n’ cheese, you might think it’s shocking or strange for a second, but otherwise wouldn’t really care. Dating’s the same way — just because some people are all about it doesn’t mean you have to be. Plenty of people go their whole lives without dating someone or having a serious relationship — it’s not unusual! A relationship can be immensely fulfilling and enriching, but you can (and should be able to) have a fulfilling life without one.

“I don’t know how to ask someone out…”

Here’s the thing about asking someone out (and romantic gestures in general): if the other person is into you, they’re going to say yes. If they’re not into you, they’ll (hopefully) say no. It might seem like a gamble, but either outcome is a good one. Even if you hear “I’m not interested,” at least you know! Pat yourself on the back for being courageous, be respectful and thank them for their honesty, and move on.

Additionally, make sure you’re being authentic. If you’re asking a bunch of people out for the sake of trying to be somebody, regardless of who it is, you’re probably going to hear a lot of nos (as you should). If you’re truly interested in the person and think there’s a chance they feel the same, go for it!

Trust us at RCS when we say that dating can be rough, and in high school especially, the road can be a rocky one. Our private school knows that dating and relationships feel like the crux of existence for many high schoolers, but we’re here to let you know that there are so many other important things to focus on right now. Spend time with your friends and make memories with them. Work on your grades and get involved at our private school. Start investing and planning into your future, thinking about life after high school. The dating stuff will fall into place when it’s time.

Interested in having an amazing high school experience that prepares you for college and beyond? Look into enrollment with our private high school in Loveland today, and get set for the upcoming school year! We look forward to hearing from you.