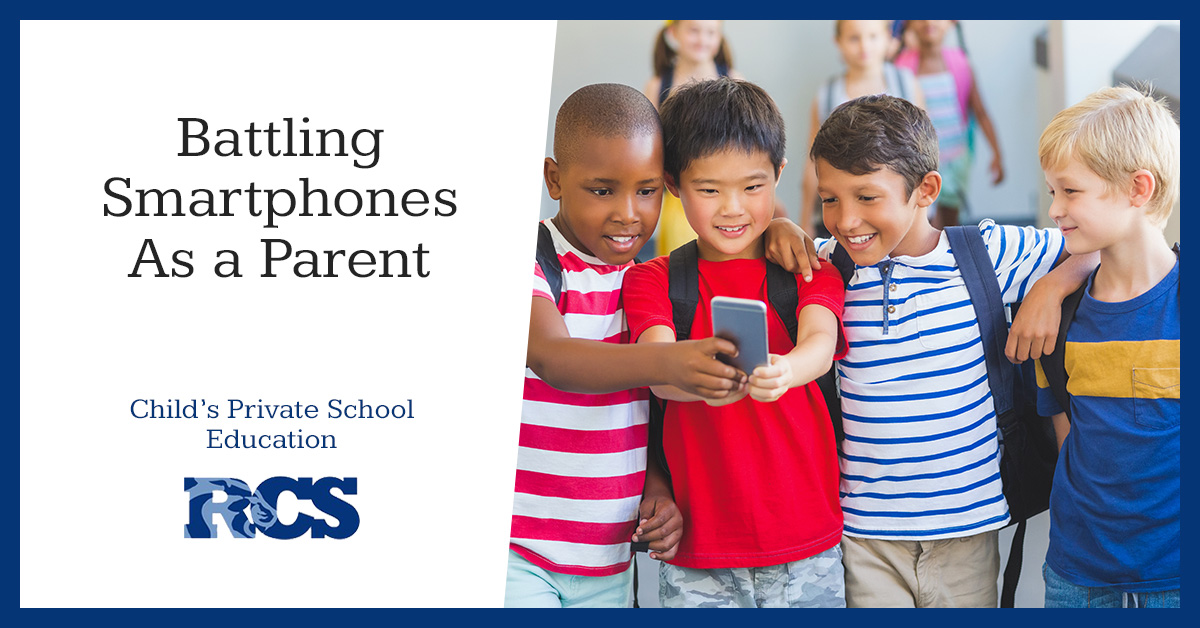 Battling Smartphones As a Parent

Social media feels like a minefield lately. With your aunt being impersonated on Facebook and the mere existence of Snapchat can be easy, as a guardian, to start eyeing that smartphone in your child’s hand a little suspiciously. Can you honestly remember the last time you got on a social media channel and were not bombarded by a variety of political content and schlock? What’s interesting about today’s youth is that it is an essential component in social interaction, which is something that we’re all totally out of touch with. Sure, we text other moms to find out when that coffee date is happening and we like baby photos, but we don’t feel an obligation to like people’s photos on Instagram or watch people’s “stories” on the platform that you prefer. The kids these days, though? They do. So what are kids actually getting out of this constant form of social interaction? Let’s explore:

Do Smartphones Make Us More Connected?

In some ways, certainly. There’s no question that smartphones certainly make you safer. A smartphone is a clever little device and with a variety of safety features already installed, there’s hardly any need to input anymore. There’s codes you can type into your iPhone that will allow it to alert the police that you’re in a tight situation without making a sound. There’s the Uber app, which you can download to make sure that at any point when you’re inebriated you don’t have to get behind the wheel to get home. Not to mention the ability to send and receive calls and texts literally anywhere, along with the GPS feature, which can help you find a route home when you’re lost without a data connection, it certainly improves individual safety and probably adds a layer of peace of mind for you about your child. Additionally, it makes sure you’re connected with the people you want to be in contact with most. The little devices keep you in touch with the outside world shockingly well and help you stay relevant and current in general, but is any of this worth the general sense of isolation people feel when they’re attached to their phones that much?

The Case of False Connection

As you grow older, people generally have more going on. You’ve certainly had at least a few friends who are more willing to send you a check-up text than they are to have coffee. In fact, some folks actually prefer to only have communication over the various connection channels through your smartphone. Which poses the question, will a Facebook message carrying a news article be the proper conversation invoking catalyst that your child and their friend need to keep their friendship aflame? Or will social media help our world crumble into a series of false allegiances and pure isolation? The answer, like with most things, is not if you don’t let it. You might make the argument that your child will only need to have a slight misunderstanding over whose texts meant what before they come to realize that face-to-face interaction can actually have a better effect on them. Putting an emphasis on proper communication, and learning to listen to people’s body language and facial expressions as well as all the other communication symbols humans naturally give off when having a conversation with someone, is a skill that cannot be traded-in. Learning to read those symbols might actually give you a leg up on most conversations since so many people are apparently stunted by not encountering those as often as they could have.

Witnessing Only What the Camera Sees

With such amazing cameras popping up on the pricey little pieces of technology called the smartphone, it’s not shocking that most of the social media and the communication that traverses through those various mediums is mainly visual. However, it’s had a peculiar effect on people in the sense that you might make the argument they see less of their surroundings because of their camera. It’s better to do something “for the (Insta)gram” than it is for the experience of that thing. In fact, there’s been a variety of studies that explain the more pictures you take of something, the more you’ll have a hard time remembering the event in anything but the pictures themselves.

Can You Combat This?

Of course you can, but probably not in the manner you think you should. Children actually rarely react well to a hard hand in most situations. Making them think that they’re putting down the phone of their own accord is actually a more powerful way to teach a principle that will stick. The bottom line is that smartphones are cool and your child will find the interactive play and the social connection they can access through them fulfilling. Your job is to put an emphasis on finding outside activities also fulfilling. Regular activities that don’t prominently feature a need for the phone will gently expose that it’s possible to do things outside of the smartphone world. Signing them up for sports activities and encouraging artistic endeavors is a great way to see them step away from their smartphone and explore options within their own social circles. Have faith that you’re doing a good job raising them. Their reliance on their smartphone is more of a social expectation than it is necessarily something they’ll become attached to in their adulthood.

Give Them a Love of Learning

If you’re striving to find an environment that enriches your child’s mind and offers up a variety of entertaining activities within a comfortable community. Consider private schooling. While RCS can hardly promise that we’ll be able to shake your child of their attachment to Instagram, we can foster a love of learning from an early age and a love of community culture that they will, in turn, learn to encourage with in-person interaction. Introduce your child to a classical education through the top private school in Loveland at RCS and help them fight for their attachment to the real world while finding a love for human interaction as well as our technological innovations that make our lives easier.