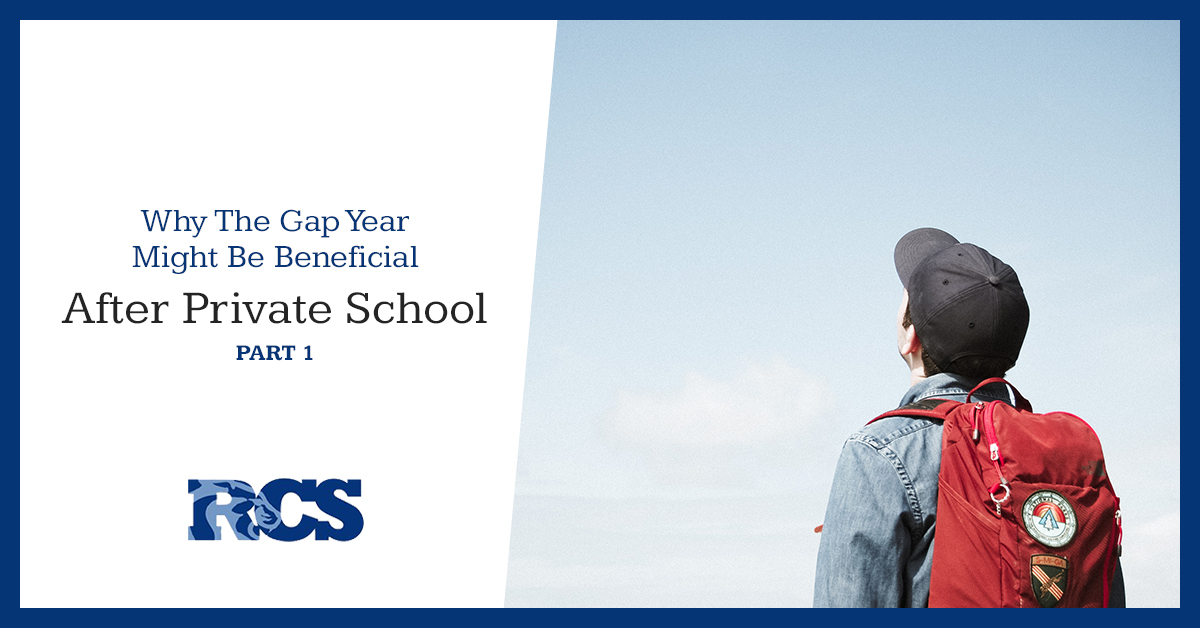 Why The Gap Year Might Be Beneficial After Private School

Some people go so far as to criticize private schooling at times, mentioning that there is a limited pool of social growth that a child can acquire when they’re submerged in a controlled environment. For several reasons, Resurrection Christian School is careful to push back against those claims, but we can also see how, even through RCS provides a large environment for children to build many social skills with fellow Christians, we understand the need for real-world experience. If, as a parent, you’re more concerned about this valuable outside world experience being cultivated in your child, we have one suggestion that is earning more respect as the years go by: the gap year.

Europe Did It First

Sometimes, Europe is ahead of the curve with certain things and in this case, they certainly are. Germany, the UK, Denmark and even Australia and Israel encourage students who have just graduated to take a gap year in between their studies. This time can be used to travel, serve the church, serve in the military or work before moving on to their college studies. However, the current U.S. climate regards gap years with a collective panic. Surely, if your child takes a gap year, they’re destined to not do as well as others. The growing consensus is that it isn’t quite true anymore. The idea is that if children get a taste for the non-school life they’ll realize how important it is to go back and it will give the privilege of going to college and earning a degree a new glow. In fact, psychologists at large are not worried about kids not wanting to go back to school as many studies done on the subject found that around 90 percent of the kids that take a gap year return to their studies with new fervor. The studies concluded that a very important brain growth period between those two school periods allows for the person to grow socially and within their understanding of the world.

While a gap year isn’t for everyone, it has quite a bit of scientific data backing up the benefits for those it catches the fancy of. The prefrontal cortex is continually expanding in the late teen years and it is the section of the brain that develops the child into an adult with an adult personality. It controls your propensity for planning and draws complex conclusions from data. In other words, it’s the largest jump in growth in the form of maturity that your child will see in their lives. Thus, when the gap year comes to a close, they’ll nearly be a different person with a new understanding of themselves and college as a growth opportunity.

Start Your Child On The Right Foot With Private School

Share our opinions about classical education, child growth and ethics? Enroll in RCS this semester.

Catch the continuation of our argument for a gap year on our next blog.