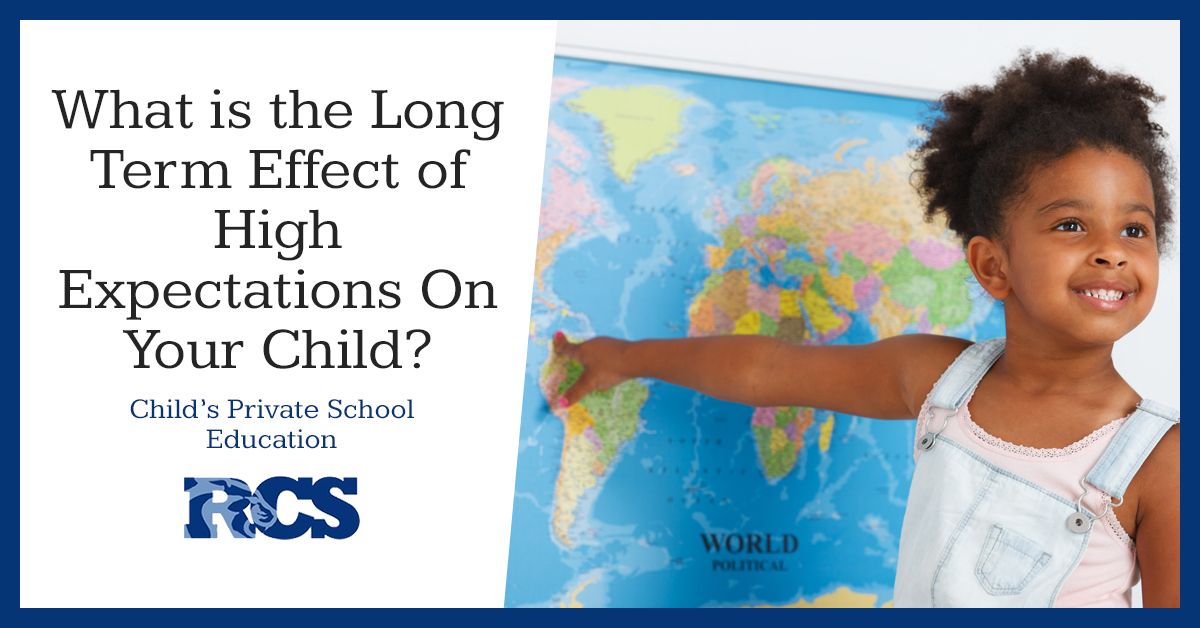 What is the Long Term Effect of High Expectations On Your Child?

If you’re pondering sending your child to private schooling, chances are you’re concerned with the long-term success of your child and you have high expectations. Everyone has big dreams for their children from the moment they come into the world, but very few people actually help their children pursue the future that parents always figured their children were meant to have. In fact, many parents believe that fate itself will guide their children to the desired end, rather than their concerted efforts. But do your high expectations for your child help or hinder their success? What if our expectations could have the power to stop a child from pursuing his or her own dreams instead of our dreams for them? The power of a parent’s expectations on the mental state of the child has been recently analyzed and brought some new conclusions to light that offer an interesting point of view on the power of our expectations and how we make those known.

To analyze the full extent of the power of expectations over living things in general, researchers started with rats. They created a theory called the Rosenthal effect by giving a bunch of graduate students a rat. They told the graduate students that they would have to train the rat to go through a maze. Furthermore, they told some of the students that they had been given the “bright” rats, or more intelligent rats, that were bred for their genetic intelligence. The other half of the students were told that they were given the “dull” rats. By the end of the period of time, the “bright” rats could run the maze quicker and more efficiently than their dull counterparts. In fact, the bright rats actually showed measurable improvement that they were learning and running the maze more successfully each day they did it, while the dull rats proved rather slow at the task. However, there were no actual differences between the various rats. They weren’t more intelligent or less intelligent, they weren’t even different ages or genders. The researchers concluded that the “bright” rats succeeded more than the dull rats because of the expectations of the grad students and how that altered how each student taught their rat. The conclusion was that expectations can actually become differences in behavior on many occasions.

Enroll In RCS, The Premier Private School For Fort Collins

Encourage your child with an investment in their education. As the highest rated private school in Northern Colorado, we’re proud to offer the people in our community a way to show your child the purity of the Christian way of life as well as get them started off in life in the right way. With an emphasis on the simplicity and beauty of the classical education, we’ll guide and encourage your child to find their calling and follow to it with a passion. Watch for the continuation of our analysis of the studies rising to the surface about the power of encouragement, and look into our curriculum for our various ages of children today.