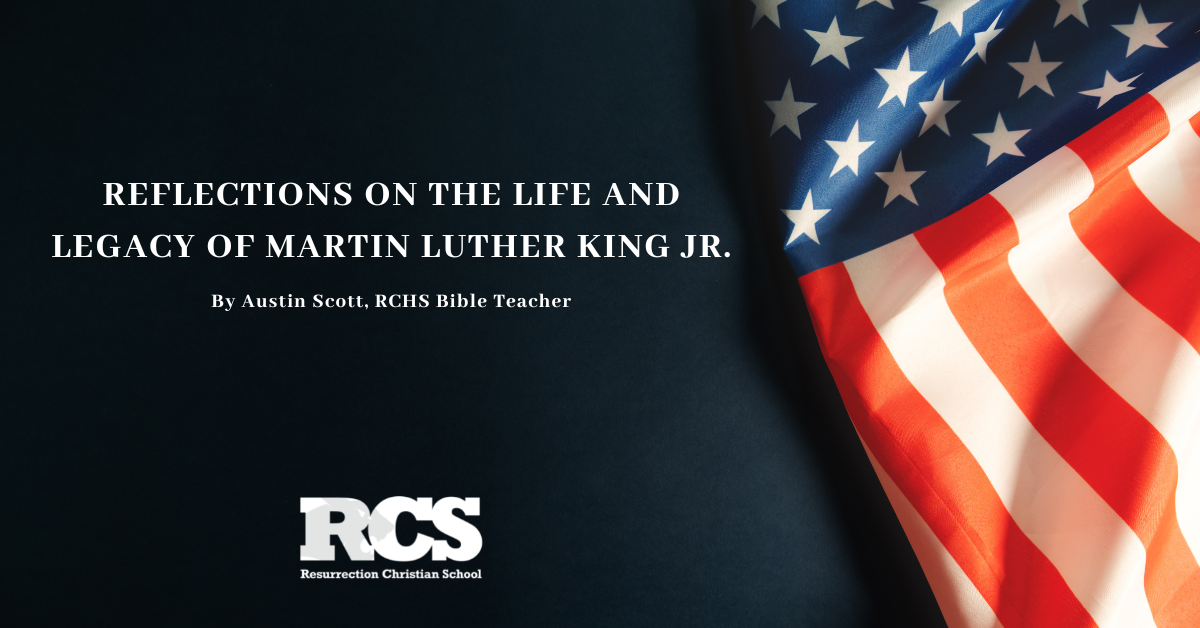 Reflections on the Life & Legacy of Martin Luther King, Jr.

This past week was an important time for us as Christians to stop and reflect on the legacy and the work that God has done through the life of Martin Luther King Jr. This legacy and work must continue with us into the future. While Dr. King used a number of different Scripture references throughout his many speeches and letters, one that makes a regular appearance is Amos 5:24. It can be found in his letter from a Birmingham jail and in his famous “I Have A Dream” speech, along with being inscribed at the Civil Rights Memorial in Montgomery, AL.

Any careful study of Biblical text should first ask what Amos intended his God-inspired words to communicate to his original audience and then ask what bearing this has for God’s followers today.

Amos, a shepherd, and a fig farmer was a prophet (one who speaks for God) back when the nation was divided into the Northern Kingdom of Israel and the Southern Kingdom of Judah (see 1 Kings 12). In the first two chapters of his book composed of different sermons, poems, and visions, Amos levies many different accusations against Israel’s neighbors. They have ignored the poor, sold them into slavery, and then denied them legal representation. By these accusations, Amos draws a geographical map with his true target in the middle: Israel itself. What is God telling his people the problem is? Many verses could answer this question, but Amos 2:7a is a great summary of the reasons to follow.

They (Israel) trample on the heads of the poor as on the dust of the ground and deny justice to the oppressed.

Israel has a justice problem.

In chapters 3-6, Amos continues his message to Israel and its leaders. In the past 150 years, the Northern Kingdom of Israel had become wealthy. That wealth had led to idol worship which in turn had led to the injustice and mistreatment of the poor. Israel was being accused of having large mansions (3:15) and lush vineyards (4:9), but at the expense of the poor and the needy. Because of this, Amos’ call to true worship is to let “let justice roll on like a river, righteousness like a never-failing stream!”

Tim Mackie of The Bible Project defines righteousness (tsedaqah in Hebrew) as “a standard of right and equitable relationships between people no matter their social differences” and justice (mishpat in Hebrew) as “concrete actions that you take to correct injustice and create righteousness.” Read those definitions again. Followers of Christ should long for these things as well.

Chapters 7-9 will conclude with visions Amos receives from the Lord. One of which is that the hope that out of the ruins, God will restore the house of David, which will include people from all nations. This is the hope we have in Jesus and the privilege we have in partnering with him to help create Heaven on Earth. Amos’ call to his people, and a call that reaches forward generations to us today, is a call to embrace true worship of God, and this worship should always lead to justice, righteousness, and loving our neighbor. Justice is not about retribution. Justice is about restoration. Restoring things back to their proper place.

Lord, we thank you that you will restore all things. We look forward to that day, but until that day comes, show us how we can partner with you in bringing the kingdom of Heaven here, now. Show us the poor and needy in our own circles, neighborhoods, and communities. Show us the oppressed around us: spiritually, physically, emotionally, mentally, economically, and politically. Show us how we can use all that you have given us to help “justice roll on like a river, righteousness like a never-failing stream.” Amen.